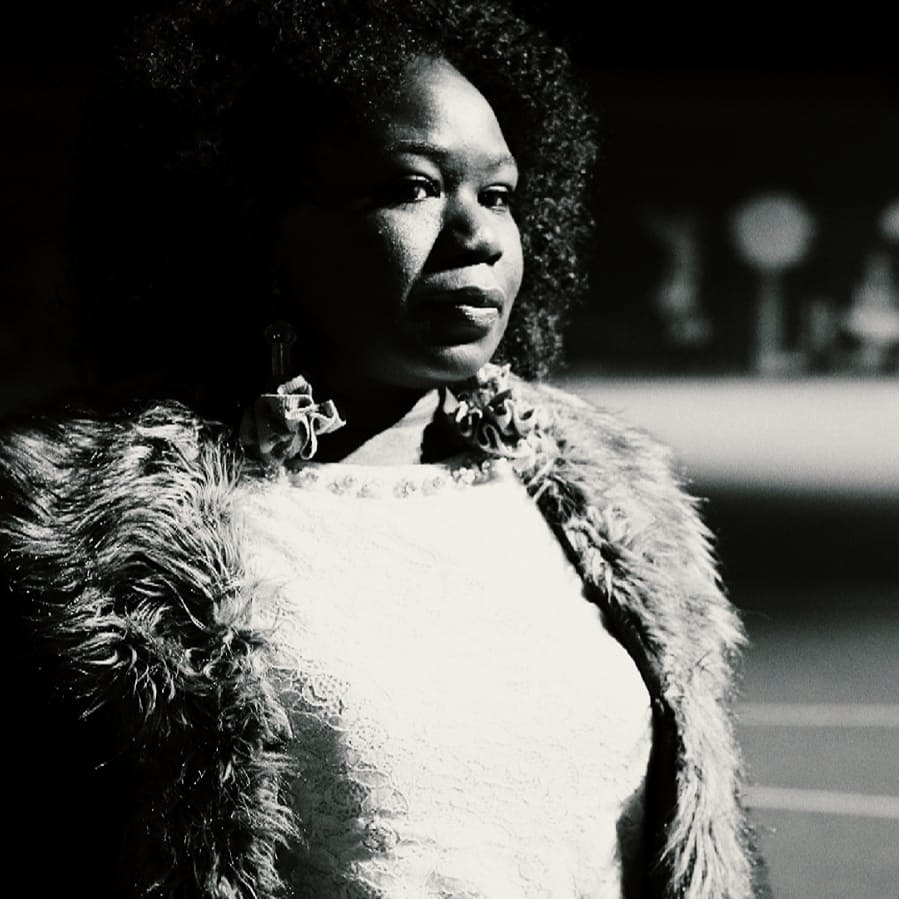 South London born and bred.  Adelaide Mackenzie, born to Jamaican parents grew up to Reggae & Soul music and was strongly influenced by this genre of music from a young age.  Her mum recognised her ability to sing and sent her to a vocal trainer where she sang with the London Jazz Orchestra.

She later went on to join The Brit School of performing arts also attended by music successes such as Adele, Leona Lewis, Amy Winehouse, Floetry and Jesse J as well as many others too.

She went on to release tracks with various independent labels including Jungo Beats, Uppercut Records and First Light Records in the late 90’s. After a career break to become a mother, her singing career was re-ignited after finding her faith in God; and went on to join the worship team at her local church Ruach Ministries, Brixton branch.

By 2005 she launched her first album “Daily Process” at the Jazz Café in Camden, London.

She packed out the venue and continued her success with various gigs and award nominations including best single in 2004 at The GEM (Gospel Entertainment Music) Awards and in 2006 for best female gospel singer at The Oasis Music Awards.

In 2007 the BWA (Black Women In Arts) presented Adelaide Mackenzie their Nina Simone “Inspirational Artist of the year award at there annual jazz awards at The Vortex Jazz bar, Dalston, East London.

Her voice has opened doors for her, allowing her to open up for world famous artists including Alexander O’Neil, Aswad, Frankie Beverley & Maze and the Inspirational and motivational speaker & Oprah Winfrey Network host “Iyanla Vanzant”.  She also supported Jazzie B of Soul2Soul at the grand opening of the Olympics 2012.

Her Vocals have also been called upon to feature on two tracks “Be Careful What You Wish For and Fort Knox” on rock star Noel Gallagher’s “High Flying Birds” Album called “Who built the moon” released November 2017. Adelaide recently sang along with the legendary Jean Carne at Hayling Island Soul Weekender.

Adelaide has so much more than an amazing singing voice and unlike some artists, has great charisma and a connection with the audience; a stage presence which engages the audience so that they are left wanting more and excited for her next event. With many hosting events both locally and nationally it is not a surprise that she would go on to host her own event.

Many artists starting out on the Blessed Souls UK stage have gone on to appear on BBC and ITV’s “The Voice” including Ruth Brown, Lara Lee, Jaz Ellington, Michelle John and J Marie Cooper. This proved that Blessed Souls UK truly showcases talented artists of the UK that are often underrated and later go on to do amazing work in the industry.

Check out what people say about Adelaide Mackenzie and her show Blessed Souls UK – https://www.youtube.com/watch?v=bn2pbkId9A4

Her passion to love others and help others to be the best they can be, led her to start the workshops called Creative Zone which is set up to empower and build confidence in up & coming singers and musicians as a prelude to the Blessed Souls UK stage.

From Black History Month events to Singing in London, Brixton’s Windrush Square Adelaide cites singing for Prince Charles in 2014 and for Usain Bolt 2017 at the Dorchester Hotel to be some of the highlights of her career.

Another highlight was singing “Precious Lord” at a special service at Westminister Abbey to commemorate the 40th anniversary of the assassination of Reverend Dr Martin Luther King in 2008.

She was also chosen to be part of the collective of singers for a charity single “One heart One Voice” for the Tsunami disaster, recorded at Abbey Road, EMI studios.

The New Album titled “Simply Me” is an eclectic blend of soul, reggae and pop fused with Jazzy and gospel influences and elements of spoken word to really give people something to inspire and reflect on.

It also includes the ‘Brook Benton song “Endlessly” also covered by Randy Crawford.  Adelaide recently released her version of ‘Endlessly’ as a single and the feedback from radio DJ’s has been amazing.  As a result, it has secured her several gigs including The Soul and Reggae Festival at Hayling Island in Portsmouth, March 2019, making it her 3rd year attending and singing at the event.

She also wowed the audience as the Sole Supporting act for American artist Neo-soul Singer Goapele at the Jazz Café in July 2019 showcasing exclusive tracks from the new album.

The album “Simply Me” was launched 10th October 2019 at the increasingly popular jazz bar “Hideaway” where she delighted the sold-out audience with unforgettable performances of tracks from the album. Set to open up for Teedra Moses and Marcia Griffiths in Feb/Mar 2020 Adelaide is venturing on the mini ‘Simply Me’ UK tour to come back to Hideaway Jazz venue in Streatham, London 21st March 2020.